Homeownership can come with a wide variety of challenges and keeping up with them can be tough. That’s why it’s important to identify which issues are worth investing your time and money in addressing.

Pests, aka common household insects and rodents, are commonly cited as a source of frustration, fear, and financial strain. And while it is true that properly dealing with household pests is an important part of responsible home maintenance and health care, there are many types of “pests” that have been incorrectly labelled as such, and are, in some instances, potentially beneficial – particularly for the long-term health of gardens, lawns, and the overall ecological balance of your home/property.

Frequently cited as one of the most feared and loathed of all pests and insects, spiders are in fact one of natures most misunderstood and industrious creatures.

While there are certainly some species of spiders that should rightly be avoided and treated with a healthy respect, the truth is that for the most part spiders are both non-venomous and pose little to no threat to anything much larger than they are. This is especially true of the spiders found in Southern Ontario, where only a few species (including the rarely seen and famously infamous Black Widow) are considered potentially dangerous to humans and other animals.

In fact, despite their bad reputation and image problems, many species of spiders found commonly in both cities and rural areas are a vital part of their ecosystem and are equally important for controlling the population of other far more destructive pests – particularly mosquitoes, which make up a large part of most common spiders’ diet. So, before you instinctively reach for the broom or rolled up magazine the next time you spot a spider, take a moment and consider how many awful, itchy mosquito bites that creepy crawly critter may have prevented!

Mice and rats are another household pest many homeowners frequently list as among the worst to deal with. And while there are some legitimate concerns when dealing with rodents of all types – they breed quickly and can rapidly spread out to other areas of a home or property, they can carry potentially harmful bacteria or other infectious agents, they can be destructive and very difficult to completely eradicate after becoming established/achieving infestation in a home or property) it is also important to separate myth from reality. One particular myth which has inexplicably stood the test of time is the notion that all mice/rats are helplessly drawn to any trap that has been baited with cheese. This has been a staple in most home owners’ anti-rodent arsenal for decades, and yet there is overwhelming evidence gathered over the years that cheese is, in fact, of little interest to mice and rats – especially in comparison to the true rodent delicacies such as peanut butter, bacon, and pretty much anything sugary and sweet including cereal, marshmallows, raisins, etc, etc.

Bedbugs are an especially unwelcome and potentially very costly household pest that are, unfortunately, very common in densely populated urban areas – in other words, cities. And unlike spiders, which catch mosquitoes and keep your garden free of plant killing insects, or even mice/rats, which can actually be trained to become loyal, affectionate pets/companions, bedbugs on the other hand, have little to offer any homeowner beyond painful, itchy bites and the likelihood of having to replace expensive personal items/furniture.

But there is one myth surrounding bedbugs that is as hard to eradicate as the pests themselves – the notion that bedbugs are only found in, or will only infest, dirty, unclean environments. Statistics and other available data have shown, without question, that bedbugs DO NOT have a preference when it comes to cleanliness. While it may be likely that a poorly kept, unclean home is likelier to contain the type of refuse or debris that can attract other types of pests (including cockroaches, rodents, etc.) bedbugs feed exclusively on blood from other living animals, and therefore, can potentially be found anywhere humans or other warm-blooded animals make their homes.

These are just a few examples of some of the misinformation surrounding the topic of household pests. The best thing any responsible homeowner can do is to do their own research and arm themselves with as much reliable and independently verified information as possible before making any decisions that could potentially impact not just their home, but the health and safety of themselves and their loved ones. And if you’re ever in doubt, it never hurts to check with professionals!

We provide everything you need to ensure a smooth, stress-free move!

How Long Does a Move Usually Take? 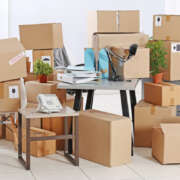 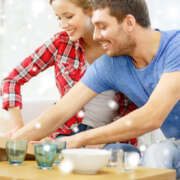 Things to Consider During a Winter Move 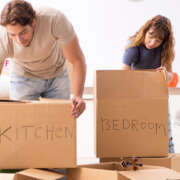